I’ve recently been gifted a curious piece of technology by a colleague at work. 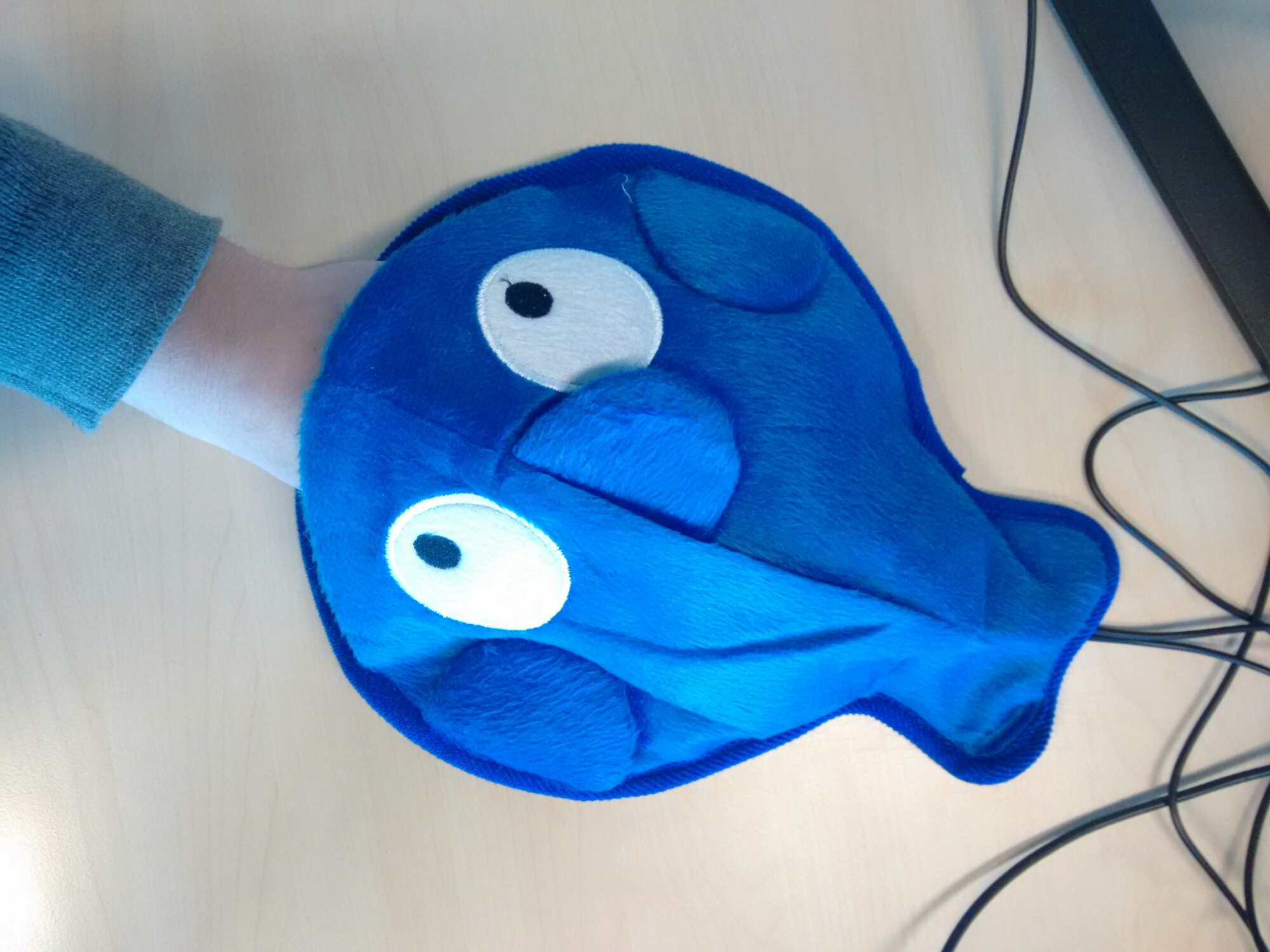 It was cold in the office that day and we jokingly wondered why nobody had yet invented a mouse pad hand warmer. One quick Google search revealed that someone indeed *had* invented such a device, and not much later, said colleague had ordered one for me to try.

The concept is fairly straight forward. Instead of having your hand exposed to the elements, you keep it in a safe, protective pouch that becomes heated when plugged into your usb port. My version has the appearance of a blue fish. Your hand goes inside the fish’s mouth, and there is a hole at the tail end for the mouse cable. It’s not the most imaginative design, but I guess such things as an oven, a volcano, a gutted Taun taun, or the bosom of an October fest waitress were either too obvious or not safe for work.

Anyway, I do genuinely like the idea of a hand warmer, but a lot seems to have gone wrong in the execution. 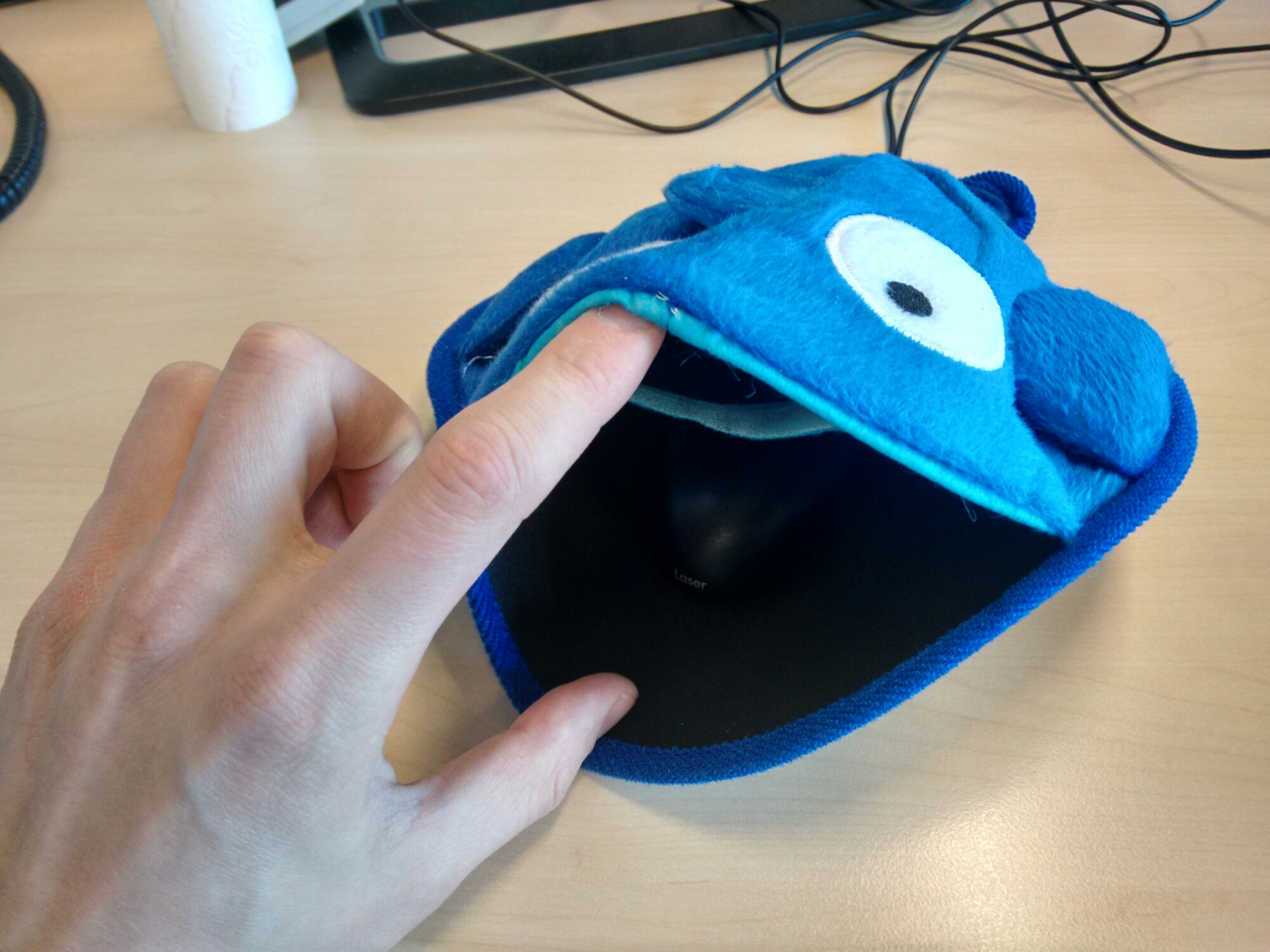 The hand warmer has a few notable problems.

I feel that a longer cable, a more rugged bottom surface, a softer inside, and a larger surface area would have gone a long way to make the hand warmer actually useful.

So yea, it’s a mostly useless device, but probably an OK gift for guys who need to keep their other hand warm while “browsing the internet”.