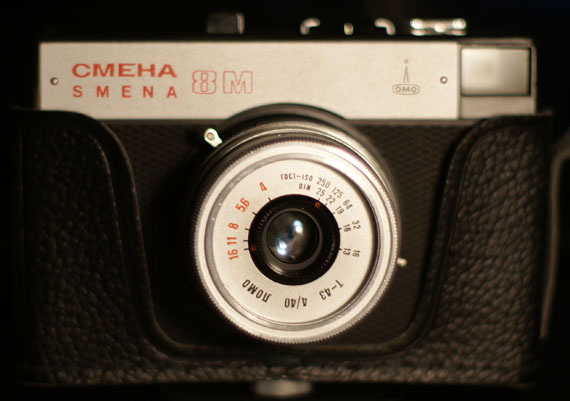 The Smena m8 is a little plastic Russian made 35mm film camera that was produced by Lomo between 1951 until as late as 1991. Back in the day, this camera was pretty popular in eastern Europe and Russia. It’s simplicity is probably the most attractive attribute. It requires no batteries since there is no light meter or any other electronic function present.

Nowadays there are two kinds of people who I imagine would still shoot with the Smena 8m.
1. Nostalgia freaks, who loved (or loved to hate) the camera when they were younger.
2. Hipsters, who are tired of the latest digital camera’s packed with more and more features, and choose to photograph with the simplest and back-to-basics camera that they can find. These are the guy’s who came up with the term “lomography“. 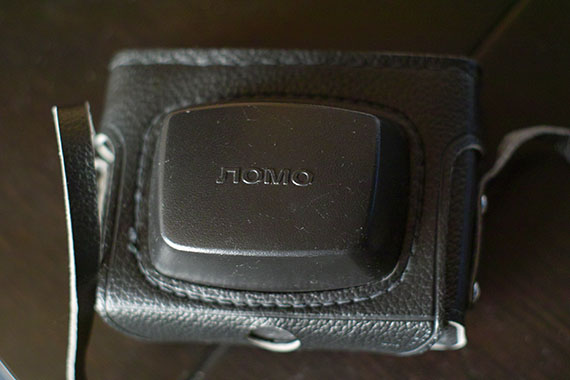 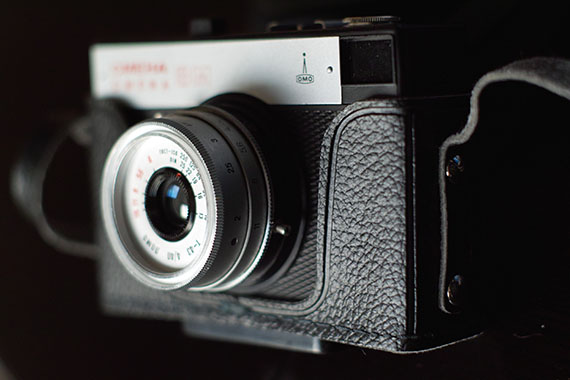 The shutter speed can be selected by turning a thin ring on the lens. There are two indications for speed: on the left there are the usual numbers indicating speeds between 1/8th of a second and 1/250th of a second. At the top of the lens, additional icons are presents. These are probably there to help novice users, who will have an easier time figuring out whether it’s a sunny day or cloudy day, rather then guessing the best shutter speed. In most cases 1/8th through 1/250th will be sufficient, but I think the shutter speed is a little limiting.

Turning the lens allows for zooming in and out. Since the Smena m8 is a rangefinder camera, and you are not looking through the lens but through a separate viewer you will never know exactly what is in focus and what is not. Again the focus distance is indicated in meters and there are some icons present to help users guess the distance of the item that they are photographing. The icons are clear enough to read I think. 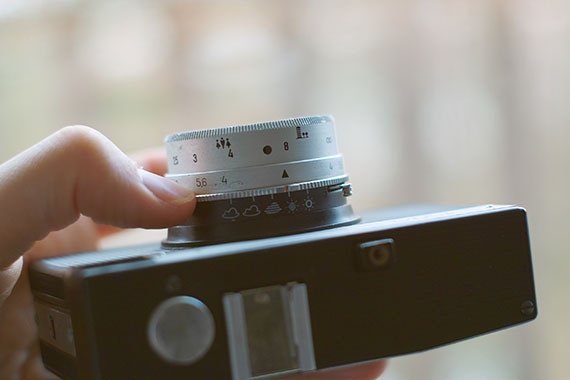 The shutter speed choosing dial is very rough and requires much force to turn. The zoom ring on the other hand is extremely smooth and turns easily. It takes about one rotation to move between portrait and infinity. 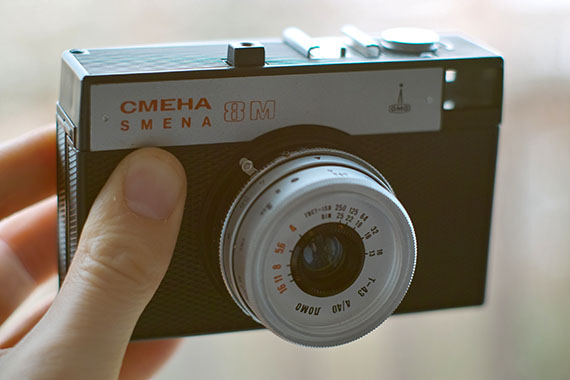 The backside of the Smena 8m is very sober. Only a tiny dial in the middle indicates the picture you are on. The larger black dial on the right turns the film after a shot is taken. Turning the dial is optional. You can leave it in place and take multiple pictures on the same area of film for special effects. I think this is a nice feature, although it probably is used by accident more then it is on purpose.

On the left there is a really tiny viewfinder, which is nothing more then a little hole in the camera. So there is not much to say about precision or coverage here. 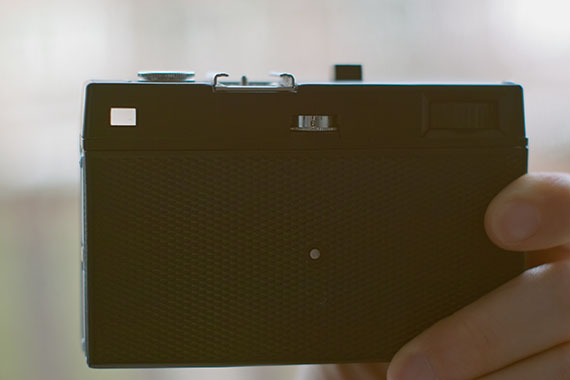 The cocking mechanism is something to really get used to when shooting with the Smena 8m. Before you take a picture, you must manually cock the shutter so that it opens during exposure. It’s a bit of an annoyance for me, because:
1. I forget to use it half of the time
2. The spring gets stuck behind my finger way too often 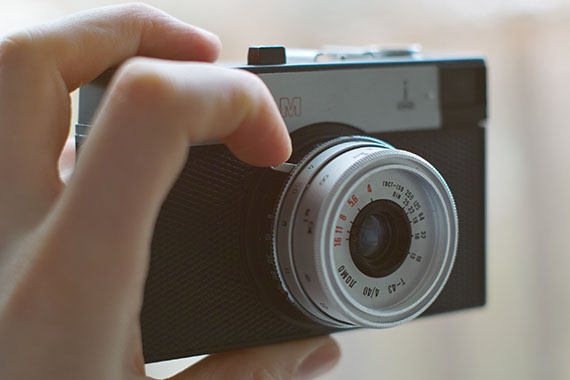 The top, again, is rather sober. From left to right we have the rewind dial, Flash hot shoe, and release button. When the release button is pressed, the camera makes a rather silent and plasticky sound. You can almost muffle it completely if you let the cocking mechanism hit your finger lightly at the end.

To rewind the film you have to pull the rewind dial and keep the shutter button pressed down until you are done rewinding the whole film. I didn’t know that the shutter had to be pressed during the entire rewind process, and was lucky to not have damaged the film.

In the very center of the lens, there is an additional ring hidden away with which the aperture can be selected. I found it funny to see the ISO 100 missing, so I set the aperture to approximately f/10 at first. But later, I just played around with it. Especially when shooting pictures indoors, it’s best to just select the largest aperture of f/ 4, so that the slowest shutter speed of 1/8th will just barely be enough.

To open up the Smena 8m, you press the black button the the left side down. You may need a screw driver is the button gets stuck.

Finally, the insides of the Smena 8m reveal it to be nothing more then a plastic black box with a tiny lens screwed on to it. As far as I know that Lomo designed it to be an affordable all purpose camera, which explains the light plastic build. The plastic body is probably relatively prone to damage, but mine looks quite decent after 40 or so years of being around.

The lens can be unscrewed from the back quite simply. There are a few tiny parts though that you’ll have to keep in a safe spot if you take the lens of like I did.

Example images
So far, I’ve only shot one roll with the 8m, and managed to get about half of the images right. The Smena 8m’s t43 lens is said by some to be the worst lens Lomo ever made. I can’t compare it to other Lomo lenses, but I did shoot some tests with the t43 attached to the sd14, and it wasn’t half bad. I think the quality of the t43 lens is probably comparable to the very similar Olympus Trip 35 I have. 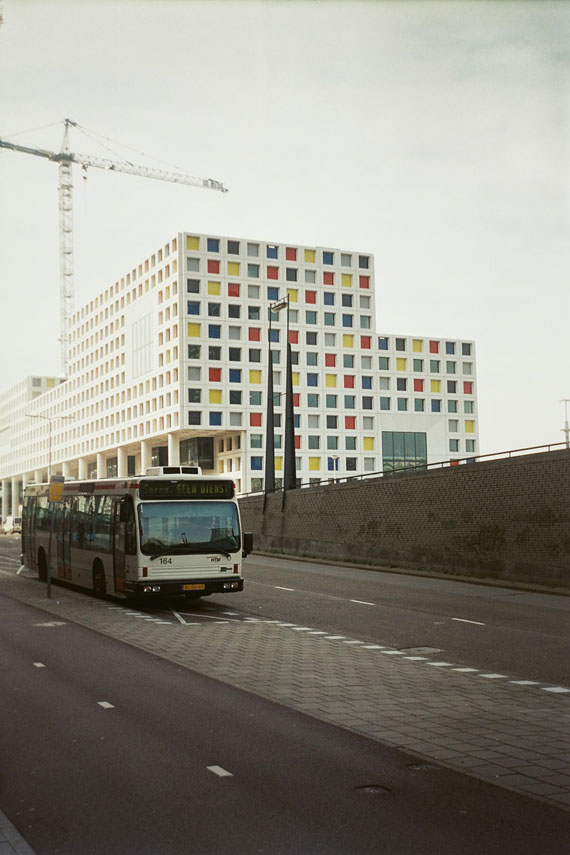 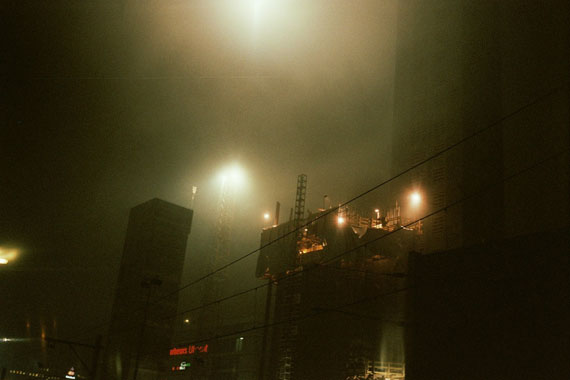 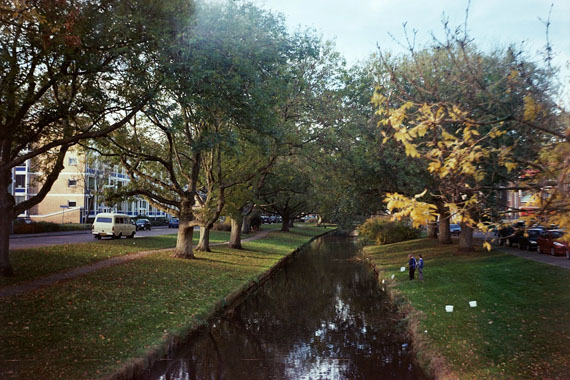 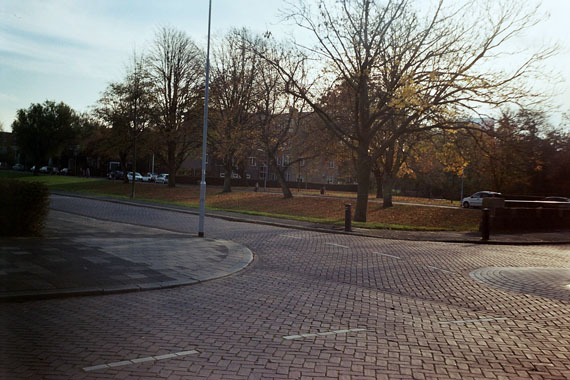 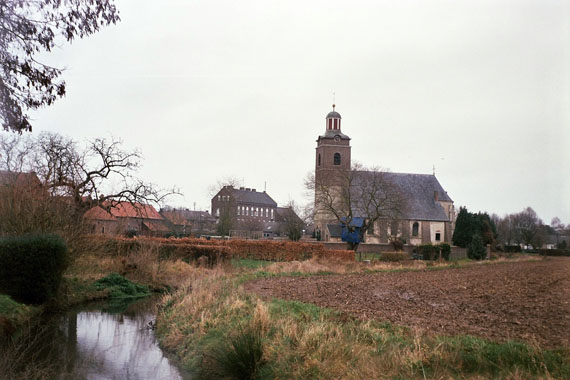 Also, there is an online manual for this camera available on this website: http://kiev4.narod.ru/manuals/man_smena8_e.html

This article was originally posted on March 3 2012