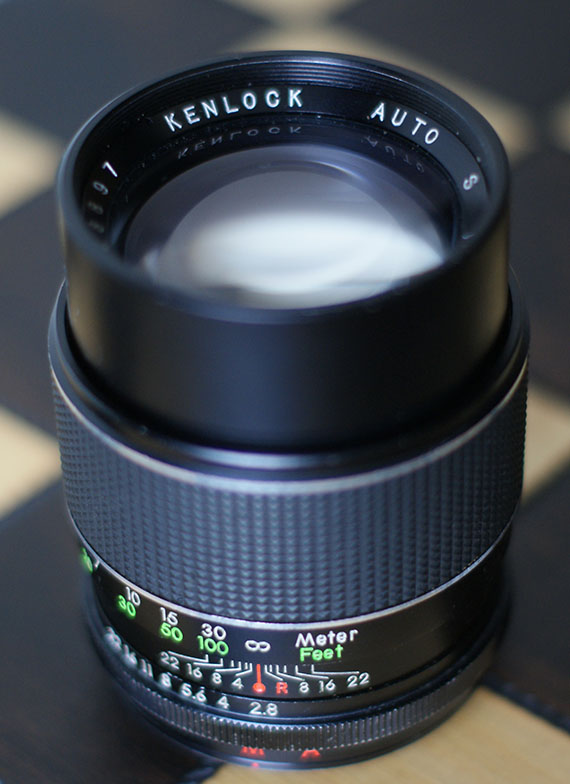 As always the question is; for five bucks, does the lens somehow manage to be so bad that it’s still not worth the money? Or does it surprisingly surpass expectations?

The Kenlock has a sturdy build, as is the case with most metal lenses. I was lucky enough to get a model which has smooth zoom action, a working aperture ring with Auto/Manual switch, and no sign of mold, dust or scratches. So all in all, I was off to a good start.

On f2.8 the Kenlock is as soft as expected, and the bokeh is a little disappointing.

It’s a little blotchy for lack of a better/real word.

Stepped down to f5.6 or f8, the image sharpens noticeably, which you can see in the image below, where I got a lucky sharp shot of a goose family.

There was a pleasant lack of purple fringing and flare, which can be a real issue with old lenses. But with the kenlock, I didn’t even bother using a sun cap, as the flare was just enough to add some character to the pictures, without becoming a distraction.

One thing that I like in general about shooting at 135mm on an APSC crop cam, is that it give me just enough zoom range to be comfortable shooting out of hand, while being able to stay at a respectable distance from the subject. The image below was shot at a good sixty meter distance.

To give you an idea of the zoom factor; the image below was shot at almost two meters distance:

I didn’t find any negative or positive surprises. It worked well enough to play around with it a few times, but I won’t be shooting with this lens habitually. The typical 1980’s style metal construction makes it too heavy to carry around, and the image quality is probably comparable to a blown up image shot with the excellent Sigma 24-70mm EX, which I’m using more and more often.